There is no creature or thing, no monster or monument, no happening or sight in nature, history, fable, or dream whose image the predisposed eye cannot read in the markings, patterns, and outlines found in stones.

Frankenstein at a glance:

Title: Frankenstein: Or, the Modern Prometheus

Summary: Frankenstein concerns the doings of fictional human agents in terrestrial settings (ocean; pack ice; mountainous landforms of the northern hemisphere). The novel opens with a frame-tale situated in the Arctic, while the main story unfolds in Switzerland and the Alps, with brief episodes occurring 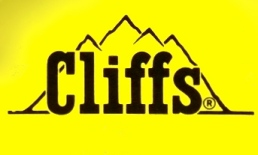 elsewhere on the Eurasian continent (e.g., the Orkneys; Ireland; Tartary; the Black Sea).

Themes and symbols: As a work of narrative prose fiction, Frankenstein dramatizes the contrasting states of animation and stasis, love and loss, life and death. The novel’s chief interest lies in the premise of reanimating dead matter, of giving life to inanimate nature, whose unforeseen consequences drive the plot (e.g., Victor creates a “monster”).

Dominant motifs: The author’s vivid descriptions of nature — often cast as violent and inhospitable — lend the story a gothic atmosphere of uncanniness and gloom. In spite of this close attention to landscape and topography, the novel employs the word cliff only once, in the phrase “the white cliffs of Britain.”** It is worth noting, moreover, that “cliffs” in this case serves not as a separate noun but merely as a constituant of a noun phrase — a phrase that is itself only a stock expression without real topographic specificity (the chalk cliffs of Britain’s southeastern coastline extend for 10 miles north and south of Dover from 51°06′N 1°14′E to 51°12′N 1°24′E). Frankenstein’s paltry reference contrasts with the high incidence of other landscape terminology in the novel:

While the word cliff is practically absent from Frankenstein, vertical rocks and other geological formations are found throughout the text, though distorted by inaccuracies, equivocations and circumlocutions. The reader will note, for instance, such evasive expressions as a “tall rock” (p.106), a “rock” with “high sides” (p.123) and a “bare perpendicular rock” (p.202), all of which could be replaced with the word cliff.

Textual analysis: In chapter 6, as Victor Frankenstein revisits the spot where his young brother William was killed, a flash of lightning lets him catch sight of his spurned creation hiding in the dark. Descriptions of the cliff-face up which the monster makes his escape betray peculiar inaccuracies:

He was the murderer! I could not doubt it. The mere presence of the idea was an irresistible proof of the fact. I thought of pursuing the devil; but it would have been in vain, for another flash discovered him to me hanging among the rocks of the nearly perpendicular ascent of Mont Salêve, a hill that bounds Plainpalais on the south. He soon reached the summit, and disappeared (p.148).

Curiously, Victor refers to the Salève as a “hill,” whereas it is a mountain 1,379 meters high, and he calls its face “nearly perpendicular” rather than a “cliff.” These inaccuracies are compounded by the improbable notion that Victor could see his creature climbing the mountain from a viewpoint in Plainpalais. After all, were Victor located near the city walls of Geneva, the face of the Salève would be some seven kilometers away, and even assuming that he were standing at the extreme southern point of the former commune of Plainpalais, the Salève would still be at least three kilometers distant (but at this spot, enclosed within a sharp bend in the river Arve, the present site of Champel, his view of the Salève would have been blocked by the riparian cliffs (high eroded embankments of clay, sandstone, gravel and glacial till).

Moreover, close analysis of the passage shows that the protagonist’s judgments are rash and prejudiced. In a phrase that runs fully counter to scientific method, the doctor asserts that “the mere presence of the idea was an irresistible proof” (148), and he goes so far as to say that “no sooner did that idea cross my imagination than I became convinced of its truth” (147). This suggests that all of Victor’s judgments, whether concerning his spurned creature or the topographical features of the natural environment, can be considered dubious, partial and inherently flawed.

Such flaws are exemplified by the term “perpendicular” by which Frankenstein often describes high vertical landforms. Presumably, a “perpendicular rock” (p.202) is judged to be so from a human perspective located on a plane A – B at 90° from Earth’s line of gravity (line M – N): the rock, in other words, is “perpendicular” to the ground on which the character or presumed human subject stands. If this is so, however, then the rock in question is perpendicular in exactly the same way and to precisely the same degree (90) as is a live standing body subject to the planet’s center of gravity. In this light, it would be more appropriate, no doubt, to speak of a cliff being “parallel” to the observing body, a body that is itself generally “perpendicular” unless dead, sleeping, or otherwise unconscious. Interestingly,

at times the text seems to imply such a parallelism between the human observer and the cliffs he observes, as when Victor says “the opposite mountain is a bare perpendicular rock” and that “from the side where I now stood Montanvert was exactly opposite” (202). The spatial kinship subtly extended to the cliffs here is ambiguous at best, however, as the word “opposite” denotes not only symmetry but contrast too, and so inevitably reinforces the novel’s Manichean themes of rivalry between Victor and his so-called monster, and more broadly, mankind and the ontology of the natural world. It is significant, particularly in the light of our conclusions below, that the bare cliffs directly facing Victor provide the setting for a key encounter with his creature, as if the monster’s approaching form were the solid incarnation of Victor’s own words echoing from the rock walls.***

Further, perpendicularity in Frankenstein often conveys not strict verticality but an upward extension somewhat in excess of 90 degrees. A cliff thereby overhangs the human subject. We (Cliffs) note the following examples: “immense mountains and precipices overhanging us on every side” (193); and “we passed the bridge … and we began to ascend the mountain

that overhangs it” (194). In the scene describing the Salève, cliffs that are called “nearly perpendicular” are subsequently said to have “overhanging sides” (p.151), as if the textual portrait were submitting to the verbal equivalent of geological upthrust. Such renditions of protruding cliffs can result in the alarming image of human structures jutting out over precipices that are themselves presumably overhanging the valley floor below, as in the precarious descriptions of “castles hanging on the precipices” (193), including one “which overhangs yon precipice” (p.105) — symbols, we assume, of the vanity of human works, but also, no doubt inadvertently, of the book Frankenstein itself.

Cliffs in Frankenstein thus foster the pervasive sense of a tall looming threat. Similarly, Frankenstein’s monster is insistently described as gigantic and overhanging. In the scene of the Salève, the monster is described as “hanging among the rocks” (148), an image that underscores the creature’s affinity with Frankenstein (stein is German for rock) but also, and more significantly, with the “overhanging” cliff. Indeed, descriptions of the monster’s “gigantic stature” (pp. 22, 88, 147, 267) repeatedly suggest something akin to a mountain face. These images of overhanging enormity finally culminate in the scene where the monster visits Frankenstein’s body lying in his coffin:

“Over him hung a form which I cannot find words to describe; gigantic in stature, yet uncouth and distorted in its proportions. As he hung over the coffin, his face was concealed by long locks of ragged hair; but one vast hand was extended…” (267) (our emphasis).

Conclusions: Two dominant aspects of Frankenstein persistently elude nomination. Victor’s unfortunate creature has no proper name, but is variously branded a “daemon,” a “devil,” an “insect,” and a “monster.” Likewise, vertical features of the landscape are identified only by circumlocution or misattribution, as if burdened by a similar human curse. Cliffs and the attentive reader can restore these subjects to their proper place in Frankenstein, a key work, errors notwithstanding, in the annals of human geography.