The past week was a boon for grammar scolds. In what seemed like the answer to a prescriptivist’s dreams, a free widget was launched that eliminates the word ‘literally’ from websites viewed on your computer’s browser. At the Chrome web store, where it currently has a 4.5 star rating, the product’s function is stated with wry straightforwardness: “Replaces the word ‘literally’ with ‘figuratively’. That’s literally all it does.” The plugin is somewhat clunky, though, as it can’t tell the difference between proper and irregular uses of the word and substitutes ‘figuratively’ for all. Of course the program is basically an amusing gadget, and yet it allows its users to act as though they finally brandished the ultimate corrective tool, a magic wand to rid them of their worst pet peeve, abolishing the offense in a single stroke, once and for all, without further adieu.

Are grammar scolds tyrants in disguise? Does the demand for correct usage mask an authoritarian personality? No doubt language choices bear on one’s political leanings, just as they do one’s character. Somewhat alarmingly, the “Literally” browser plugin allows us to glimpse a future in which proper language could conceivably be dictated from on high. But prescriptive grammarians should remember that William Safire, the New York Times’ longtime arbiter of proper language usage, ultimately disgraced himself and abused his post at the Times to become a tub-thumping advocate for the second Iraq war and a shameless conduit of disinformation. 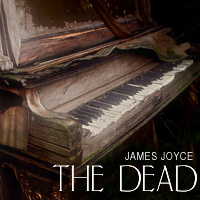 Descriptive linguists and liberal-minded commentators take a more nuanced view of the popular usage of ‘literally.’ A column in The Guardian by Ben Masters helpfully reminds us that Joyce’s consummate short story “The Dead” begins with the apparently malformed sentence, “Lily, the caretaker’s daughter, was literally run off her feet.” Clearly the irregular word is well chosen, as it adds a lilt to the sentence and an alliterative patter of consonants that — literally? — allow us to hear the girl’s scampering feet. Moreover, Joyce exploits the duplicity of the term as well as its different valences on separate verbal registers. Even in its official definition, after all, ‘literally’ is somewhat equivocal; while the term presumably designates things to be taken as fact and reality, it always does so via the letter. In this sense, a ‘literal’ truth is a truth mediated in and through language. And so the supposed misuse at the start of “The Dead” foreshadows what will occur when the story takes a virtual swerve into the supernatural. Is it the actual ghost of Michael Furey who haunts the story and damns the protagonist to his lonely suffering at the end? There’s no telling. A ghost is always an ambiguous figure, shuttling between the literal and figural, 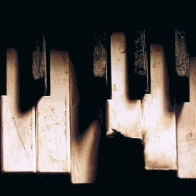 handed down in speech, hearsay, vicarious experience and “distant music.” It can’t shake its scare quotes; at most it is a “‘real’ ghost” (to cite Jacques Derrida citing Freud citing Wilhelm Jensen’s Gradiva).

In the Guardian column Masters ventures some ideas about what the popular usage of ‘literally’ might say about our “insecurity,” our “disregard for accuracy,” our tendency for “deferring reality” even as we long for “universality” and “objective truths.” The last points are well taken. While literary-minded people may accept the mediated nature of experience and knowledge, what happens when facts need establishing and words have to be distinguished from deeds? When justice depends on the brute facts and solid evidence? Here no simple empiricism will help us. Instead we need a more forcefully political understanding of the symbolic field in which we stake our claims to reality: an “American Grammar Book,” to adopt Hortense Spillers’ expression.*

Spillers’ seemingly dry and pedantic notion of an “American Grammar Book” is in fact a thoroughgoing challenge to the careless conflation of truth and letter as well as a refusal to separate the two. This double effort, paradoxical on the face of it, arises from the scholar’s determination to account for the very real suffering of African-Americans and indigenous people as perpetuated in language, for the “American grammar” constitutes a “symbolic order” of a unique kind, founded in an exceedingly violent historical “rupture” that is “written in blood.” “That order,” Spillers says, “with its human sequence written in blood, represents [author’s emphasis] for its African and indigenous peoples a scene of actual [author’s emphasis] mutilation, dismemberment, and exile” (67). Within such a perverse symbolic order there is no distinguishing the actual from the representation, and for the same reason the brutal American “hieroglyphics of the flesh” make it possible for tortures marked on the body to be passed down to us: “this phenomenon of marking and branding actually ‘transfers’ from one generation to another.” As a result, “Sticks and bricks might break our bones,” Spillers says, “but words will most certainly kill us.” It would be redundant to add literally.

Anyone who fools around with the “Literally” plugin and has tweeted, shared or otherwise joined in the recent web chatter about the distinction between literal and figurative should be chastened by this bracing and illuminating passage:

The captive body, then, brings into focus a gathering of social realities as well as a metaphor for value so thoroughly interwoven in their literal and figurative emphases that distinctions between them are virtually useless. Even though the captive flesh/body has been ‘liberated,’ and no one need pretend that even the quotation marks do not matter, dominant symbolic activity, the ruling episteme that releases the dynamics of naming and valuation, remains grounded in the originating metaphors of captivity and mutilation so that it is as if neither time nor history, nor historiography and its topics, shows movement, as the human subject is ‘murdered’ over and over again (68).

Beloved, the novel in which a spiteful ghost child channels the virtually unspeakable horrors of the Middle Passage. One critic, citing Baldwin, states that “Morrison’s achievement is both to reveal the limitations and assumptions of the “American vocabulary” and […] do a necessary “great violence” to conventional language.”** For her part, Spillers says that “those African persons in ‘Middle Passage’ were literally [sic] suspended in the ‘oceanic,’ if we think of the latter in its Freudian orientation,” adding that they were “culturally unmade” in the process and “thrown in the midst of a figurative [sic] darkness.”

Who would dare to deform these assertions with a grammar widget? The abuse of ‘literally’ in this context — and symptomatically in the larger context of American grammar — is the trace of a violence endured and passed on in violated speech and sound.