With the long-dreaded “sequester” upon us, the United States is suffering the kind of ruthless federal cost-cutting that has sparked protests, riots and other mass actions across Europe. Stateside, the response to austerity has been comparatively muted, though. The US national media have managed to distract the public from the social costs of the crisis, harping on the White House’s cutting back on public tours as if austerity amounted to mere political theater, its only victims civic-minded tourists. Meanwhile, what’s most important in this unfolding disaster goes unreported.

What is most important in this story? What truly deserves reporting? Certainly those cases where budget cuts pose an immediate and substantial risk to people’s health and life prospects. A graphic example: Head Start, the federally-funded preschool program for the children of disadvantaged families. 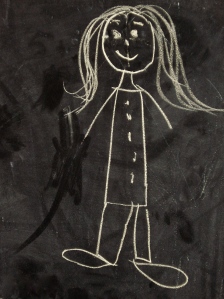 In Washington County, Arkansas, Head Start has made drastic cutbacks to services in order to balance their newly-diminished budget, notably by shuttering classrooms two weeks early this spring. The early closure is expected to leave poor working families in the lurch, as their children will not only be without schooling, but will lack safe and reliable day care, health services and a regular source of decent food. According to Brenda Zedlitz, Head Start’s local program director:

This is going to severely impact their daily lives because for 13 days they won’t have a place to go. We serve the working poor. Where are their children going to go when they are at work? Does this mean that they will leave their children with caregivers who might not be appropriate? Mostly [sic], what does this mean to the well-being of that child? (Huffington Post, 3/21/13)

In a time of cutbacks, downsizing and streamlining, one employee does the work of two. This logic of increased efficiency trickles down even into our speech. “Mostly,” Ms. Zedlitz pointedly says, “what does this mean to the well-being of that child?” Her question coins a term that does the work of two: mostly, a hybrid mash-up of the words most importantly, but trimmed down to size — proving that even those words whose job it is to say what’s most important have to bend to the reigning logic of austerity.

Filed under Diction, Politics of Discourse